Letter from the CEO: The Dynamics of Power and #MeToo

I was recently invited to help at a Diversity & Inclusion event at the Oil and Gas Industry’s European conference in The Hague, sponsored by the Society of Petroleum Engineers and the International Association of Drilling Contractors. The subject of the talk was The Dynamics of Power and #MeToo in the Industry. 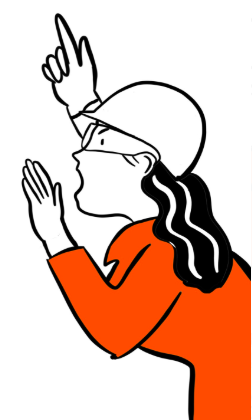 I’ve been studying this subject in general for the last maybe 7 years so in preparation I reached out to a wide variety of contacts, both men and women, in HR and line positions in the Oil and Gas Industry to learn about their experiences, and to understand how they have acted in various circumstances.

This industry is particularly interesting given that it has grown and evolved from the days of isolated male-dominated outposts. Oil rigs, onshore and offshore, are typically characterised by geographical separation so they haven’t necessarily been subject to a ‘typical’ level of behavioural regulation.

Where regulation has come in, it has been because of the recognition of the hazardous nature of the environment and the disastrous results when something has gone wrong.

This is a term which has grown from its early days following Chernobyl in 1986 (49 immediate deaths, and perhaps a further 4,000 premature deaths thereafter) and then Piper Alfa two years later (167 deaths). Some might trace it back earlier to the 1947 Texas City disaster in which over 500 people died. In any event, today ‘Safety Culture’ is a core part of every company in the industry but in reviewing the Cullen Enquiry Report following Piper Alfa, the Mogford Report on the Texas City Isomerization Unit explosion in 2005 (15 deaths) and the Bly Report following Deepwater Horizon in 2010 (11 deaths), two things stand out to me.

First, disasters like these are mainly born out of tragic coincidence, however, too often these events could be avoided had it not been for the complacency of senior decision makers and the culture of deliberate ignorance they create.  Deliberate ignorance means intentionally ignoring a fact when one has every reason to believe about its existence. History  is littered with examples ofin this including Israeli Intelligence’s ignoring the significance of Egypt’s military build-up on the Suez Canal prior to the launch of the Yom Kippur War in 1973, those at Volkswagen who knew there were falsifications fraudulently taking place, and - I predict - figures at Boeing who will have known that their new anti-stall software installed in the 737 Max was fatally flawed.

In her TEDx Talk on Wilful Blindness, Margaret Heffernan reveals that in such a situation, 85% of people know there’s something wrong and yet don’t do anything about it. Some are blind out of fear whereas some believe nothing is ever going to change, and thus choose not to see the problem. Those who do see and take action are today’s whistleblowers. They are accused by the majority of being disruptive, but whistleblowers are people who deeply care.

Ignorance is bliss, but only for so long.

The second characteristic that stood out from my preparations was the clear exclusion of psychological wellbeing from the domineering 'safety culture' of the industry. Whilst designed to include both process and personal safety as a result of operational causes, health and safety in the oil and gas industry excludes harassment and other types of interpersonal dysfunctional behaviour to its great detriment.

One of the fundamental pillars of a safety culture is creating an environment in which a person feels safe enough to report when something is amiss. How does an employee find the courage to stand up to their supervisor? The industry has taken measures to create this atmosphere of safety but somehow omits the dynamics of inclusion, harassment or bullying. Here the industry has instituted policies and procedures (including zero tolerance) to make people feel safe to report, but they do not seem to be particularly effective. This is a really difficult subject and a zero tolerance policy isn’t enough.

In their Final Report on the Investigation of the Macondo Well Blowout, the Deepwater Horizon Study Group stated: “It is the underlying safety culture, much of it so ingrained as to be unconscious, that governs the actions of an organization and its personnel … Cultural influences that permeate an organization and an industry and manifest in actions … can either promote and nurture a high reliability organization with high reliability systems, or actions reflective of complacency, excessive risk-taking, and a loss of team situational awareness.”

Serenity in Leadership at The Hague

The Oil and Gas Industry does not disclose figures of harassment and bullying, even if it actually records them. In my presentation I referenced statistics from a geoscience survey and compared them with those from a wide range of industries where reliable figures have already been obtained.

For corroboration of the above it is possible to quote from the International Bar Association's Global Survey on Bullying And Sexual Harassment in The Legal Profession:

1. Although there are very few statistics to work with within the Oil and Gas Industry specifically, evidence from comparable industries makes the absence of harassment there almost impossible. The sophisticated reporting systems currently in place don’t yet create sufficient safety for people to report.

2. Those in senior management positions are unaware of the situation (because the necessary information isn’t getting to them), or there is a degree of ‘wilful blindness’ which enables them to concentrate on the myriad issues which are clearly in front of them.

3. Different people’s concept of personal safety varies considerably. In a workshop run by a fellow facilitator, Teal Swan asked the mixed room for a show of hands of those who had ever feared for their life. A few of the men’s hands went up, and every single one of the women raised a hand. On further exploration, with the men, they were referring to one or two isolated incidents in their lifetime, but with the women they all had multiples of such experiences. Men tend to discount the women’s judgement but this is not an valid criticism - what matters is each individual’s experience and the damage it does. It would appear that many leaders are unaware of these vastly different perceptions.

4. There appears to be a disconnect between ‘Safety Culture’ as lived and how it could, and needs to be. It would take minimal alterations to the current specifications and wording but it will call for significant education and differences in attitude. Chevron have introduced such a programme which has been very successful in its first year - MARC (Men Advocating Real Change).

4. The Chevron approach highlights a key factor. It is men who need to step up and become actively involved in the changes which are so needed, as well as being part of the change processes themselves. Men hold the majority of positions of power and all the while it is women who are pushing for change they are more likely to meet with resistance than a welcome collaboration. According to BCG, 96% of organizations report progress when men are involved in gender diversity.

5. To cement the parity between psychological and physical safety, we at Serenity in Leadership have adopted a system which gives all employees access to an online reporting platform dedicated to measuring, monitoring and resolving micro-aggressions and other forms of workplace harassment. Though characteristics of both the victim and aggressor are reported (including age, race, sexual orientation and status within the organisation), anonymity of both parties are protected. We aggregate data to create actionable statistics for senior decision makers, and for the first time they can now have information on which to act. When such data is brought to light, it is much harder to maintain wilful blindness.  This source of data facilitates the necessary actions both to prevent dysfunctional behaviour, and when it does take place, informs what actions will be necessary to stop it quickly.

Our fundamental aim as an organisation is to help bring about new attitudes in both men and women - on leadership, wellbeing and what it means to succeed. This is an educational challenge that needs to be applied over the long term. In the meantime we are doing all we can to improve the sense of safety which enables inclusion of everyone to flourish. Psychological safety is the secret ingredient of the best performing teams, so it’s actually in everybody’s interests to pursue this goal both from an ethical and also a commercial standpoint.

We invite everyone to take part in this essential work. It is the job of us all to promote the psychological working environment as being as crucial to the overall success of an organisation as its physical counterpart.

No items found.
Friday, April 26, 2019
Contributed by:
by Serenity in Leadership
< Return to all categories

The Great Resignation: How Does Culture Affect Employee Retention?

Profitable Wellbeing: An Interview with Thom Dennis on Bullying