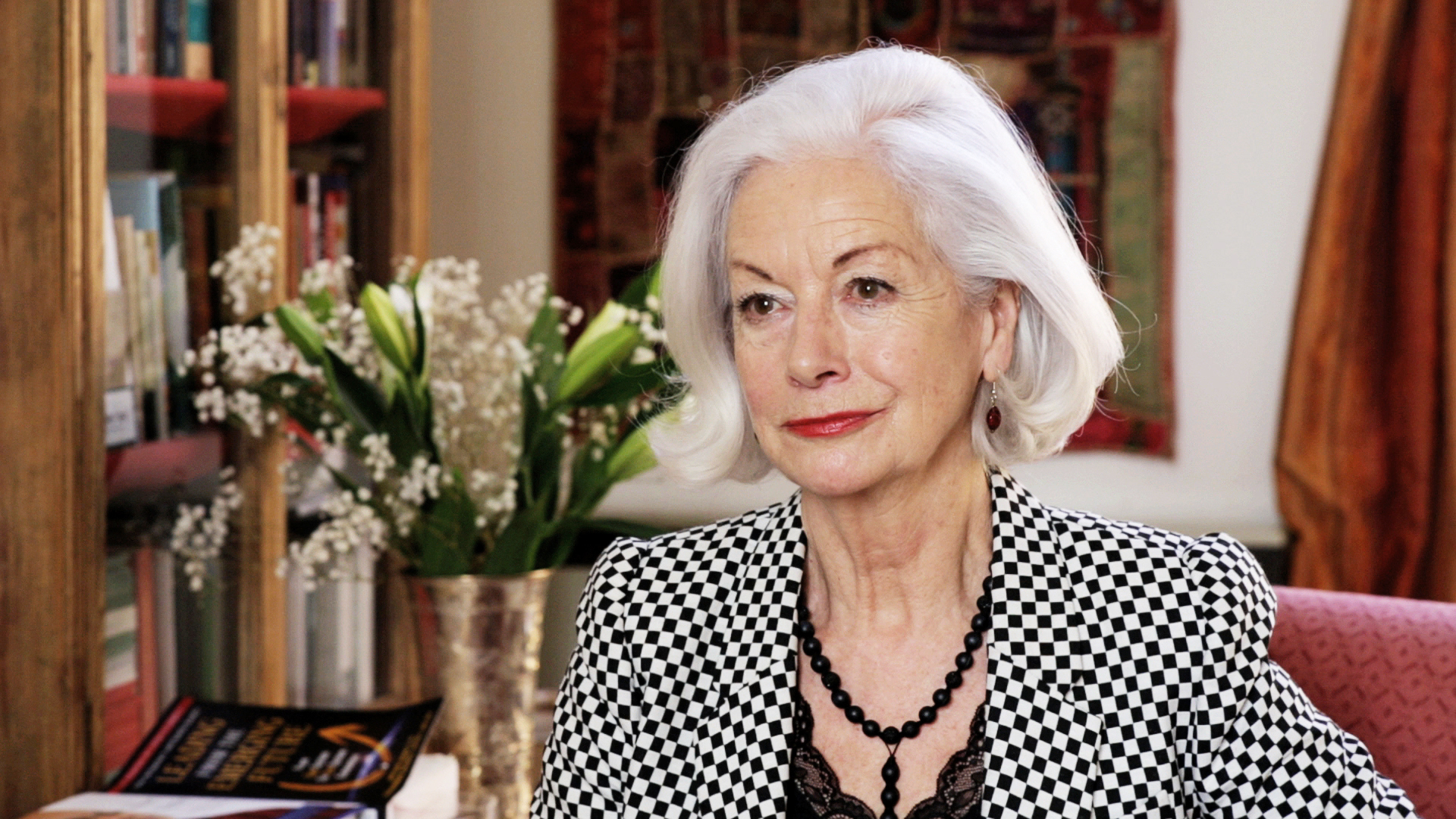 In 1982, around a kitchen table, the Oxford Research Group was formed. The table belonged to Dr Scilla Elworthy; a peace builder who has dedicated her life to creating peaceful solutions. In the early 80’s, when the build-up of nuclear weapons began, Scilla felt enraged at how British people were not being informed of their development. She decided to find out how nuclear weapons decisions are made and who makes them by bringing together leading figures to form the Oxford Research Group. This led to Scilla’s delete 3x three Nobel Peace Prize nominations.

Scilla’s second organisation, Peace Direct, was founded in 2002. An international charity dedicated to building peace and helping local people stop war.  Her third organisation has been based on the simple mathematics that it costs far, far less to create peace than to wage war. The Business Plan for Peace has the skills, knowledge, and tried and tested strategies for preventing destructive conflict - which, if scaled-up and extended over 10 years, can prevent armed violence worldwide.

Through years of meeting and working with prominent figures around the world, Scilla has learnt a great deal about leadership. Thom Dennis and Jessica Ball, had the privilege of interviewing Scilla on our Serenity in Leadership podcast. Here we share the key points she raised on the attributes of great leaders.

Scilla believes very few people know how to really listen. Many of us form judgments while listening and become distracted with our own thoughts. She says, “Listening is absolutely fundamental to the resolution and even the prevention of conflict. It takes real awareness and quite a degree of self-knowledge to listen well.”

Leaders who know how to listen can communicate more effectively and learn more efficiently. If you can hear someone without paying attention to your own inner critic you can build a bridge between you and the individual talking. Good listening helps one to understand someone else’s point of view.

2. Lead with respect and not humiliation

Scilla told the story of Lieutenant Colonel, Chris Hughes. In 2003, shortly after the American invasion in Iraq, Chris led his men on a patrol. While walking, they were suddenly met by a large crowd of angry men who were yelling at them in Arabic. Young and unable to understand, the American soldiers stood terrified. Chris decided to head to the middle of the screaming men with his weapon pointing to the ground. He gave his men the order to kneel; complete silence fell and after some time, everyone left unharmed.

“Most armed conflicts are driven by humiliation, and the best and fastest antidote to humiliation is respect”, she says. Great leaders do not prove their authority by installing fear or shame in those they are leading. Serenity in Leadership’s CEO, Thom Dennis, echoed this thought on a recent Thought for the Week podcast. Thom described how the feeling of shame as a way to change a person’s behaviour only creates more negativity by intensifying an individual’s negative view of themselves.

“In any kind of leadership… we have to sort ourselves out and understand ourselves and be charitable and kind to ourselves instead of constantly critical, she says.” To gain more self-knowledge and self-awareness, Scilla recommends a number of tools: Daily reflection practise, yoga, meditation, profoundly alert walking in Nature…

If we do not attend to our own inner emotions, “it’s always possible that we are unconsciously projecting our own critical thoughts when talking to others.” Scilla really understood this when she first started arranging dialogues with nuclear weapons policy makers. She soon realised her dialogues were unsuccessful as her anger towards the nuclear weapons policy makers was being projected. “It was only when I really learned to meditate and attend to my own inner deep, profound feelings, even unconscious feelings, that I was able to become conscious of them, not to project them out to those I was talking with.”

“Presence is a very big part of leadership”, she says. Scilla notes how the work you do on your inner self can develop your ability to be present. She described the idea of being on a balcony and looking down at what you are doing. When you have observed yourself, you can be more conscious of those around you.

In today’s world, with the pandemic and the increase in poor mental health, leaders and managers have to be even more aware of their employees and their wellbeing. Like listening, it is a skill to stay present without letting your mind and judgment wander.

During the interview, Jessica touched upon what society views as typical feminine traits: listening, understanding, compassion, intuition. Jessica discussed how we often perceive these traits as weak or negative, while masculine characteristics like confidence and strength are seen as admirable. It is believed by some that we are out of balance in the world because we repress feminine qualities.

Scilla agreed but expressed that she prefers to not place too much emphasis on gender. Instead, Scilla uses the term, “Feminine Intelligence”. She defines it as being equally available to men as it is to women and not something women are necessarily better at. By balancing feminine intelligence, working on listening and understanding etc., we can not only build a safer world but one with wiser leadership to face the challenges that are developing right now.

Scilla’s podcast interview is available to watch on our YouTube Interview Series. Subscribe to our channel: Serenity in Leadership for other fantastic talks with esteemed business owners and influencers.