Why the confusion about gender roles is a necessary step 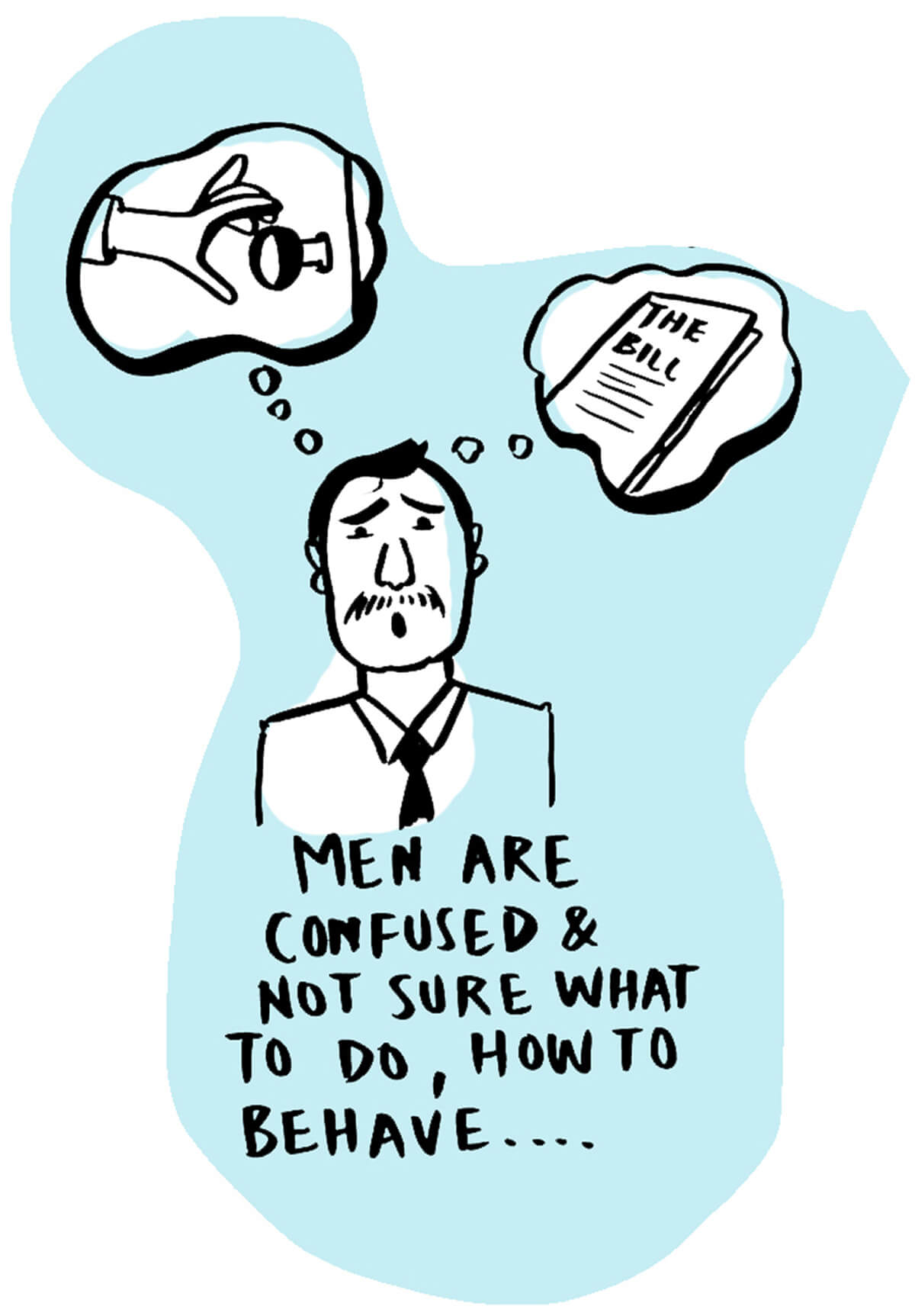 Men and women are physiologically different, however we both share a common purpose and are spiritually identical.

Our inherent humanity urges us to develop our identities, to succeed where we are able and to live a life that nourishes our souls. To live with purpose. To leave our mark. To nourish ourselves. To grow a family and to take root professionally in a chaotic world.

Our gender roles which historically defined us and limited our progress towards these goals, are being deconstructed further and further each day. Both for men and for women.

We have long existed in a Patriarchal system where men have had more rights and greater freedoms outside of the home to develop themselves. From ancient times, women have been confined to cooking, cleaning and child rearing. If a woman worked outside of the home it was in a subservient role. Men worked outside the home to support the family as its key breadwinner. Despite the lack of rights for women in ancient society, there was widespread worship of the goddess. Paying great homage to a mother figure in both ritual and religion has survived into modern times, even while women struggle for a defined and dignified identity in a Patriarchal system.

Certainly in the last 2,000 years men have occupied a position of power, and have been conditioned to express it largely through subjugation and degradation. Bruce Lyon, author of, “The Masculine and The Feminine: Gender Peace”,says:

"The masculine patriarchy has dominated the world in business and politics and built an economic/politic/oil based, military defended boys club that controls everything and represses our more feminine impulses for love, creativity and connectedness. What we need is a restoration of feminine values in the world."

Lyons refers to the fact that though men have seemed to benefit from a Patriarchal system, they have had to suppress the development of their emotional responses. Men have generally kept their emotions in check as it was considered a sign of weakness to betray them either publicly or even privately.

It is only in the last 100 years that our gender roles have begun to evolve and change.

Throughout history, men were enlisted by the army and sent to the front line. In the West, women were plucked from their households and upskilled in order to rebuild workforces and take over the running of the country as battle raged on. They learned that they were able to rear their children, tend to domestic duties and take on a full-time job, all at a time of great hardship. When the survivors of the wars returned home, the women were reluctant to demurely return to their domestic lives without complaint, and, with the advent of better education, their desire to express a form of self-fulfilment grew.

And so began a shift, a movement towards women’s rights and power, whilst at the same time, one of men’s primary roles, fighting to protect the homeland was being undermined. Returning soldiers were hardly acknowledged for the sacrifices they had made and civilians who had not gone to war shunned them. This has been one of a number of factors that has led men into confusion about their roles and consequent sense of disempowerment. They have begun to express emotions but it’s largely anger, resentment and fear. While women have been entering the workspace fully realised, many men have felt robbed of their sense of authority and even their sense of self.

The turn of the 60s marked a blanket backlash against traditional gender roles and relations. Western men started to explore their feelings through spirituality, group bonding and free love. A movement highlighted by the Beatles showed that potentially there was more than just a life of corporate drudgery, and some travelled continents to seek something more meaningful. The 60s also saw women evolve amidst a sexual revolution. There was a naissance of acceptability in society for a woman to be openly gay, bisexual, polyamorous or monogamous.

The balance of emotional equity in relationships had shifted too and parental roles were now being shared by men and women. Gone were the days of women being solely confined to the home. Women could now be the breadwinners for their family while their partners stayed at home with their children. However, many men would still dream of the classical roles of men and women, not least because if a woman can do what a man can do, then from where could he then get her approval? These shifts require us to create new measures of respect - both for ourselves and for those we interact with.

The generation born in the 80s and 90s was the first to be raised less wedded to historical gender stereotypes. They have come of age in the 2000s, where men and women are freer to express their whole selves. However, these newfound freedoms come at a cost. With more women moving into high powered corporate roles, men are experiencing uncomfortable competition which is contributing to their resentment and angst.

There is a strong sense of confusion today between men and women. Is there any wonder that there’s anger? Prolific social media gives us all an opportunity to voice hard views we would be unlikely to express in person. Despite all our progress, tensions between men and women are being exposed.

So how can we benefit from this friction?

The only way we can unify and grow in a peaceful society with strong leaders, is to encourage open sharing and communication between the genders. To encourage men to share their feelings openly and women to truly value the place men have in both their homes and workplaces. We are all sharing identities and roles at home and at work. We can do it all, we can be it all. But only if we help each other, support each other and stop competing for space. The only way through it is with curiosity and conversation. We must hear each other out and we must stand together.

The societal shift we are going through is indeed a necessary one for men and women today. It is helping us reach the shores of a greater collective good and come to new ways of appreciating the opposite sex, as well as finding self-worth in one’s own gender – which can only happen through the freedom to fully express ourselves. Rather than this sense of self-worth being the masquerading by-product of externally sought approval, it becomes one that is genuine, balanced and stems from the core of our being – where gender is irrelevant.

“There will never be peace between the genders, between the races, between humans and the earth and any other relationship… unless we desire it and find it at the core of our own hearts.”

No items found.
Thursday, April 18, 2019
Contributed by:
by Serenity in Leadership
< Return to all categories

How CEOs and Leaders can Look After Their Own Mental Health

How CEOs and Leaders can Look After Their Own Mental Health